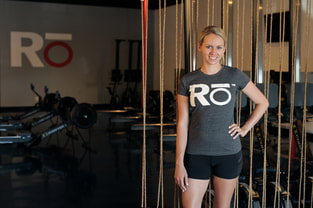 Chelsea Moore, Co-Founder, Instructor, Chief Everything Officer
Chelsea has been rowing since 2005 and coaching since 2009. She rowed at the University of Oklahoma on the inaugural varsity rowing team. She was a two-time Collegiate Rowing Coaches Association (CRCA) National Scholar-Athlete, selected as CRCA All-Region, second team and Conference USA Rowing All-Conference Team. Her coaching experience ranges from coaching a collegiate Division 1 team at the University of Oklahoma to coaching high school and masters rowers at the Austin Rowing Club. The varied levels of on-the-water coaching, in addition to indoor rowing specific coaching inspired her to take the leap and start Rō in early 2014 to bring the indoor rowing workout to rowers and non-rowers alike!

Her classes: Great for beginners and veterans alike, but be ready to put in the work. 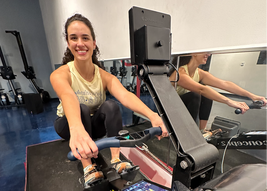 Nicole De Santis, Instructor
Nicole has always loved to exercise, especially outside. She was a swimmer for most of her life, dabbled in running and cycling, and found a love for rowing on the water when she moved to Austin in 2019. She has been a competitive rower with Texas Rowing Center for the last two years. She loves the analytical nature of rowing and team-orientation - you quite literally cannot row a boat out of sync with your crew! She loves how Ro Fitness classes push you against your own personal goals and starting point, while encouraging you to work together as a team.

Her classes: Upbeat, bright, and welcoming to rowers at all levels! 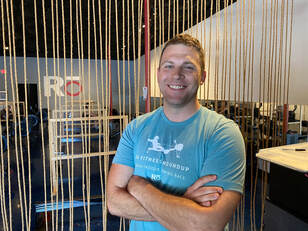 Connor Dent, Instructor
Primarily trained as a licensed massage therapist, Connor comes to the Rō family bringing an adeptness to kinesiology & anatomy. Connor has a broad understanding of the human body and it’s functionality, and he applies this to both his hands on massage work and his teaching at the studio.

Connor’s journey into fitness began with the rowing machine back in 2007. He spent most of his Virginia high school days training on the Potomac River as a competitive rower for McLean High School. He was a gold medalist at the Mid-Atlantic Erg Sprints and referred to as “the Hammer” by his coach, Bobby. Since his school days, the erg has been a staple in his fitness regiment next to his pursuit of biking, yoga, weightlifting, running and jiu-jitsu. To this day, he considers the rowing machine to be the best possible metric to test your aerobic capabilities.
​
His classes: Educational and great for beginners learning the ropes. Lauren Eckles, Instructor
Lauren found her passion for rowing after she joined the rowing team at The Ohio State University in 2010 as a novice. She spent four years rowing competitively with the team and earning a few (national) championships along the way. After graduating and suffering a major injury in 2014, she returned to rowing in 2019 as not only a participant but also a coach. Lauren has coached indoor rowing classes for over 2 years and has logged millions of meters doing so.
​
Her favorite part about rowing is helping people realize their potential in a new sport to most. Nothing more exciting than watching it “click” for new rowers. The energy, competitiveness and camaraderie in rowing is unmatched!

Her Classes: Focused on technique, encouraging and enthusiastic! 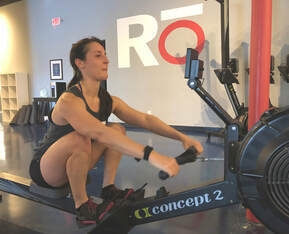 Laura Griffith, Instructor
Originally from Michigan, Laura started rowing as a freshman in high school back in 2001. She rowed all throughout high school and continued to row on the varsity team with Eastern Michigan University. Throughout college she was coaching the men's high school rowing program for the Wyandotte Boat Club, as well as helping her old high school team.

After college, Laura continued her health and fitness journey with Kickboxing, and CrossFit. Her favorite thing about rowing is being a member of an amazing crew of people who come together, and work hard to accomplish the same goal.

Her classes: Focused on teamwork and accountability! 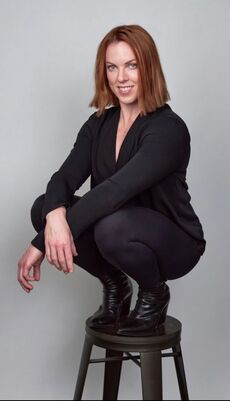 Beth Lewis, Instructor
​Originally from Thomasville, Ga, Beth graduated from The University of Georgia with a BFA in Dance Performance. Shortly after graduation, she moved to New York City to work with a dance company called Pilobolus and toured internationally for 5 years.

Beth has been working in fitness for 18 years (she started at 12 years old) and has worked with all walks of life and with several modalities including rowing which she has been coaching for 9 years. Her full time gig is a movement specialist on a clinical team for a longevity medical practice.

She recently moved to Austin from NYC with her 3 French Bulldogs Gus, Georgie and Hank Bacon.

Her classes: Expect to push appropriately, learn a little something about your body and have a lot of fun while you do it! 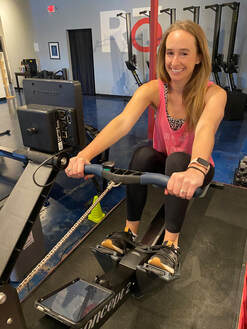 Lura Moore, Instructor
​Lura is passionate about sports, healthy lifestyles, and helping others achieve their goals. She started rowing in 2017 when she and her husband moved to Austin and she has loved Rō Fitness ever since. Lura grew up playing a variety of sports including softball, soccer, weightlifting, and golf, and always loves trying new activities. Originally from Georgia, she attended Florida State University for undergrad and the University of Georgia for grad school.

Her day job is in finance at Whole Foods Market where she champions nourishing the planet. Outside of work, she loves exploring Austin, hiking around Texas, and traveling to new destinations. She brings a positive attitude and a knack for pushing others to their full potential. She loves when fitness and community come together to create a supportive yet challenging environment!
Her classes- upbeat, fun, and focused on getting a great cardio workout. 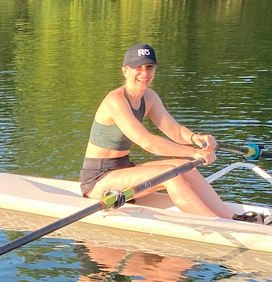 Cara Rizzo, Instructor
​Cara has been a part of the Rō Fitness community since early 2016, drawn to the challenge and excitement of rowing. She loves the balance of strength, cardio, and technical skill rowing requires to set personal records and compete amongst teammates. Look for her out on Lady Bird Lake -- she can often be found working on her on-the-water rowing skills, too! Athletically inclined, she played a wide variety of sports growing up across the US, notably as a state-qualified swimmer and competitive equestrian.

After over 400 classes and more than 2 million meters rowed, she joined the Rō Fitness coaching staff in 2019. A confident leader, she's excited to break down the complexities of rowing to newbies and vets alike and help them achieve their recreational, competitive, or fitness goals. She's taken her rowing skills a step further and currently rows competitively on the water with the Texas Rowing Center.

Her classes: Upbeat, challenging, and always served with a sense of humor. 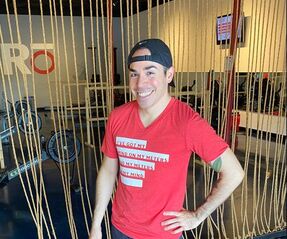 Andrés Sanchez, Instructor
​Andrés, a self-proclaimed cardio enthusiast, uses rowing as an addition to his daily meditation practice, along with hiking, running and swimming. He found Rō as a way to enjoy awesome cardio workouts in a group setting with fun people and great music and has been hooked ever since. Andrés loves that rowing can provide you with a killer, full-body workout regardless of your fitness level.

Outside of Rō, Andrés is an herbalist and intuitive coach who is passionate about holistic health and the healing that occurs when we focus on the connections between the mind, body and spirit.

Andrés is here to push you with a friendly smile, some dance music and a lot of hard work! Find your joy! 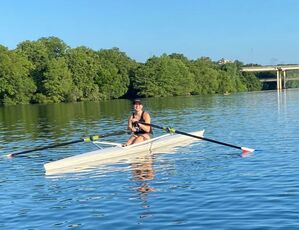 Hailey Shuster, Instructor
​Raised in northwest Austin, Hailey grew up playing every sport under the sun throughout high school. She attended the University of Texas at Austin in 2017, which is where she started her love for running and continued playing sports through intramurals. Hailey picked up rowing in early 2019 and quickly latched onto the technique, balanced with the competitiveness of the sport. She also does a lot of kickboxing and other group fitness around Austin. If it has to do with fitness, she’s willing to try it!

Hailey works full-time for a software company in north Austin, but in her spare time she runs a small custom baking business too. When not at Rō you can find Hailey cooking, running, walking her pit bull on town lake, or jumping on a trampoline.

Her classes: Prepare to sweat a lot, groove to the music, and push yourself to the next level. 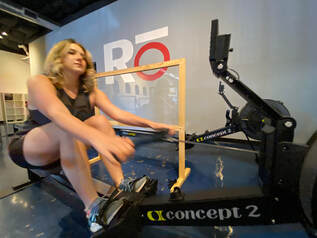 Celia Tise, Instructor
​After attending a performing arts high school with no athletics programs, Celia began her rowing career by walking onto the University of Kansas team at the start of her freshman year. While her initial interest in trying out rowing came from the community and support that sports teams offer, she grew to love the technique and power involved in all aspects of rowing. Beyond rowing on her collegiate team, Celia spent her summers off training with Minneapolis and St. Paul rowing clubs where she developed a further love for being out on the water.

After graduating college in 2019, Celia moved to Austin to pursue a career in media production. While establishing a fitness routine outside of college athletics, Celia was thrilled to find Rō Fitness and began taking classes in order to rekindle her love of rowing once more. Her love of rowing comes from the exercise's ability to help you push your limits while giving you a full-body low-impact workout and the community of cool, like-minded people that usually come along with it.

When she's not rowing, Celia can be found working in Influencer Marketing, giving ghost tours, and doting on her cat, Hattie. 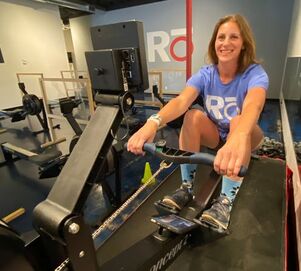 Desirae Underwood, Instructor
Desirae has always loved athletics and being outside. She was a runner in Idaho and found rowing in college at Arizona State. She moved to Austin in 2016, and has been so happy to find a rowing community here. Desirae has been a competitive rower with Texas Rowing Center since January of 2021. She loves the fun competitive nature of rowing and the camaraderie it brings. She has found Ro Fitness to be an excellent form of training that complements her training on the water.

Her classes: Bringing power to every stroke is her forte